Last year I had the great pleasure taking part in the production of Adam Kalderon’s feature film Marzipan Flowers (official selection Jerusalem International Film Festival). The main focus of my work was the design and production of the film backgrounds. The film was entirely shot in a studio and all scenes were played in front of black and white Xerox-alike-prints. Sometimes we used manipulated still images photographed by the great DoP Itay Gross while other backgrounds are entirely computer generated. The sets were then dressed with “real” and colourful props, furniture and so on by the art team (directed by the super talented Hagar Brotman) combined with Kalderon’s amazing costume designs (nomination for the Ofir Prize aka the Israeli Oscar) all these elements create a very strong and unique visual impact.

Marzipan Flowers tells the story of Hadas (Nouli Omer), 48, a woman living in a southern Israeli kibbutz. After her husband is killed in a freakish accident, she is scrutinized by fellow kibbutz members threatened by her status as a beautiful widow. Lost and vulnerable, Hadas moves to the big city. She finds unexpected help and support from her roommate Petel (Tal Kallai), a colorful transgender, with a mysterious past. They form an alliance of friendship and support and which is put to the test earlier than they had imagined. 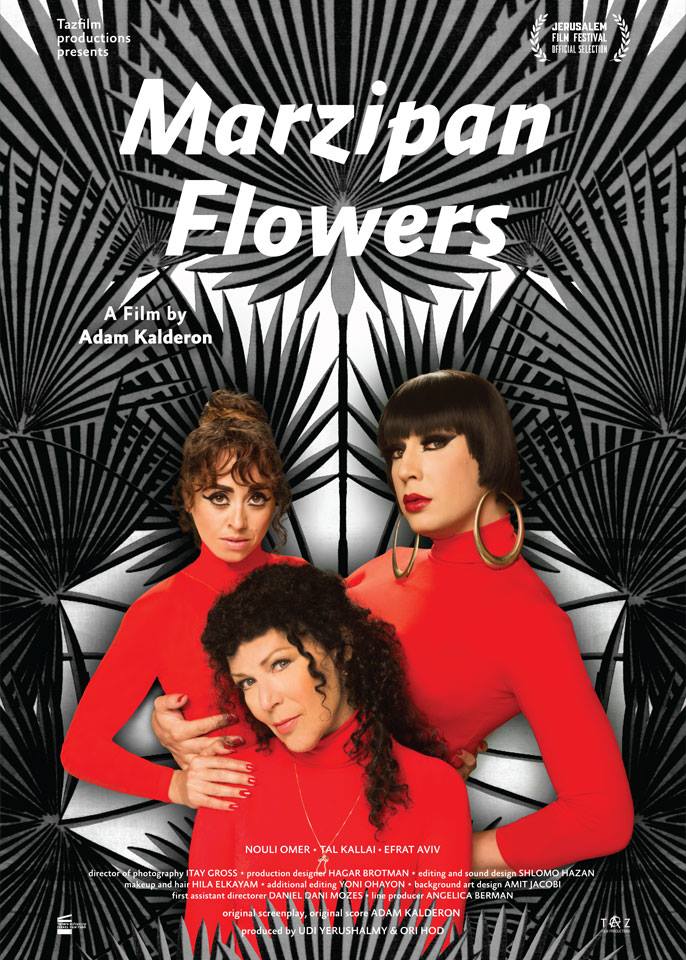