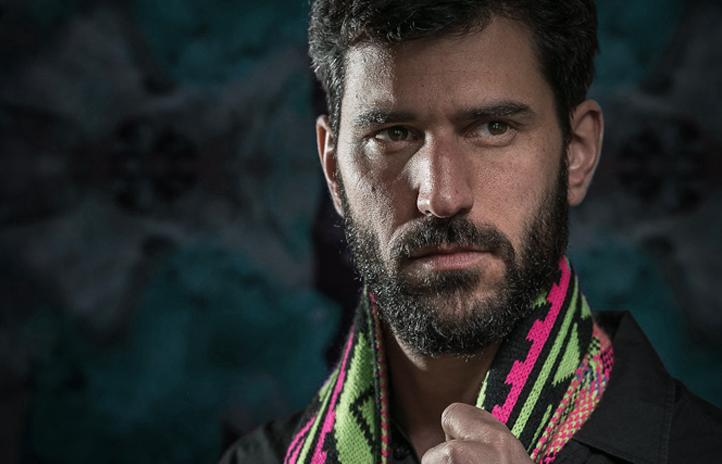 Amit Jacobi (עמית יעקבי) is a writer/director and actor currently living in London. Born and raised in Israel he spent most of his adult life in Germany. He directed and wrote several short films and video works. His last film ‘Smoothies for Lost Souls’ is in the final stages of post-production.

Among other cinematic appearances, Amit performed in Marjane Satrapi’s feature film ‘Chicken with Plums’, as well as in Eran Riklis’ ‘Shelter’.

Amit has been directing and acting on various theatre stages such as HAU Hebbel am Ufer and Radialsystem V in Berlin, La Gaîté Lyrique in Paris, Kampnagel in Hamburg and Schauspiel Dortmund. He received recognition from the Mayor of Berlin for his satirical pieces ‘Mazal Tov, Performancekunst’ and ‘We know what’s hot where and when’. He collaborated on numerous campaigns with the pranksters-artists-activists collective Peng.

He is a graduate of the Ernst Busch School of Drama in Berlin and Goldsmiths, University of London.